Will you go to Prom with me?

Home > Uncategorized  > Will you go to Prom with me? 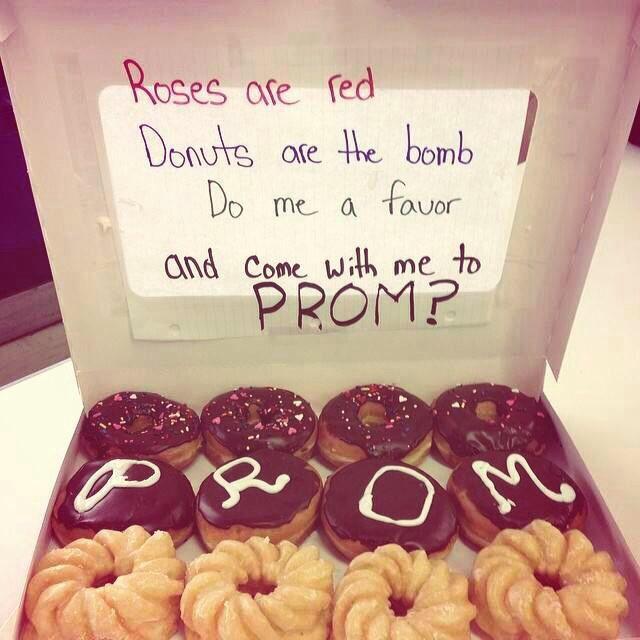 Posted at 17:34h in Uncategorized by medjs 0 Comments
0 Likes

Will you go to Prom with me?

Its prom session! That special time of the year when boys ask girls to prom in the sweetest ways.

The trend recently has changed to more elaborate and sometimes expensive proposals. The days

of simple proposals are gone.

Asking seems like everyone is trying to be more original than their friends. There are many

stories of unexpected ways to ask someone to prom such as:

if she would go to prom with him. When she read the end part, she knew it was a fake letter

and accepted his offer on the spot.

2. What is cuter then a kitten-

One guy sent a box to his girl with a kitten wearing prom on its collar as a way to ask. Of

course, with a new pet she found this adorable and said yes to both.

3. Many sports events have been the target of proposals

The guy paid to have his message on a billboard or screen in front of a camera. This works

well even though the girl many be a little camera shy in front of large audiences.

4. One clever guy got help in school from a teacher

While using a PowerPoint that day, one guy inserted his message in the middle of a lecture

and to the girls surprise had a cake and flowers waiting during this proposal.

5. The lockers and balloons proposal

floating around, Inexpensive and noticeable!

6. If it’s warm and near the beach

A good idea is to write your proposal in the sand. This is romantic and also a cheaper way to

ask your girl to prom

will you go to prom with me? Of course, the guy would need to reveal who he is first!

8. Poetry is still popular such as the classic.

“Roses, are red, violets are blue, I want you for prom, and so do you!”

8. Food is Always the Answer-

This can be risky if she’s on a diet but…A lot of guys used foods like cupcakes, pizza,

chocolate, cappuccino, sushi, and writing with ketchup and basically anything that tastes

good. The food can be styled to have the words: PROM? Written on it.

9. Lights in her front yard-

This elaborate light display can be set up while she is sleeping to spell out the word PROM,

what a surprise for the whole neighborhood!

and posted it on Facebook. Another one drew his proposal through Draw Something and got

So whichever way you get asked, Proposals have gone a long way and will be great lasting

memories years after the big PROM. Getting ready for the prom would be your next step and

we can help with that.

(Add to check out maddy’s makeup)

(Add to check out the florist that we know)