People’s Strangest, Most Awkward Reasons They Dumped Someone 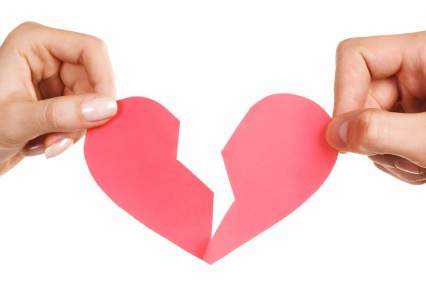 02 Jun People’s Strangest, Most Awkward Reasons They Dumped Someone

We all have our deal breakers when it comes to dating. Whether they seem to make sense is a whole other story.

But, how much do those tiny things matter? Well, according to a 2015 study, dating deal breakers matter more to us than positive qualities. In other words, you could be dating the world’s most perfect guy and he could be rude to ONE waiter ONE time and that would be enough for you to call it quits.

These deal breakers are hilarious and ridiculous. Read below and see for yourself!

His dance moves were a little TOO good.

“It was college and this guy was THE hottest boy in our grade. And he liked me! I was over the moon about the whole thing.

We were in the same group of friends, our personalities had insane chemistry and, as I mentioned before, he was extremely hot. Things were looking perfect … until we went out one night and I saw him dance. He was TOO good. It was awkward. Like, I just didn’t know what to do with my body compared to his ‘Dancing With The Stars’-level moves.

That was it. No matter hanging out with him for me.”

His pet situation was not quite perfect.

“I had gone on a couple of dates with this guy and was still sort of feeling things out, but honestly leaning towards I liked him until he told me that he had a cat. It wasn’t just that he had a cat, but it was the way he talked about his cat. Something about the whole thing creeped me out.”

He went a little too big for Valentine’s Day.

He was way too into me.

“He just, like, straight up liked me too much. He was completely normal otherwise, but he said ‘I love you’ literally after a week like it was NBD. It made me so uncomfortable.

We’d be having a perfectly normal conversation and he’d be like, ‘I love you.’ I’d just be like, ‘That’s chill.’ So, I broke up with him and then something like three weeks later he started dating one of my friends — and pulled the same weird shit with her.”

His sense of style wasn’t up to par.

“I hated his sunglasses.”

He was a grown man with a ‘blankie.’

“I was dating this guy in his thirties, and he was a legit man-child. The first time he invited me back to his house, he had his disgusting, old, ratty baby ‘blankie’ folded at the end of his bed.

When I asked him about it, there was no shame in his voice when he proudly told me it was his baby blanket and that he sleeps with it every night and smells it because it’s comforting. I decided to forget about the blankie and continue on with the night.

Then, after things got hot and heavy and we were laying in bed, he asked if I was hungry or thirsty. I replied, ‘No,’ so he gets up and comes back to bed with a [peanut butter sandwich] and a Capri sun, in true man-child ways. Then he tells me he also has a dolly and a stuffed bear in his closet that he keeps around — in addition to the creepy tattoos of his mother and sister on both biceps.

I told him I wouldn’t be seeing him anymore.”

His morning routine just did not mesh with mine.

“He was really cool, but liked to listen to rap music after he woke up. He’d make me lay in bed and listen with him. I hated every minute of it.”

He showered me with a little too much attention.

“This guy would have been perfect, except every morning he insisted on texting me, ‘Good morning, sunshine.’ The whole thing repulsed me. I just couldn’t get over it.”

He had absolutely no game.

“I have two stories for you. One was this guy in college, who was a friend of a friend that I started talking to. He was just so eager and had no game and just became annoying. It didn’t help that he had horrible breath. I felt bad because he was just so nice, and so I had to do the slow ‘fade-out’ to get out of it because I didn’t want to hurt his feelings.

Another guy just really irritated me by our second date. Perhaps it was the constant, donkey-like nervous laughter?”

Her laugh was off.

“I stopped seeing a girl because she had a delayed laugh. It took her too long to determine whether something was funny or not.”

Do you have any interesting break-up stories?